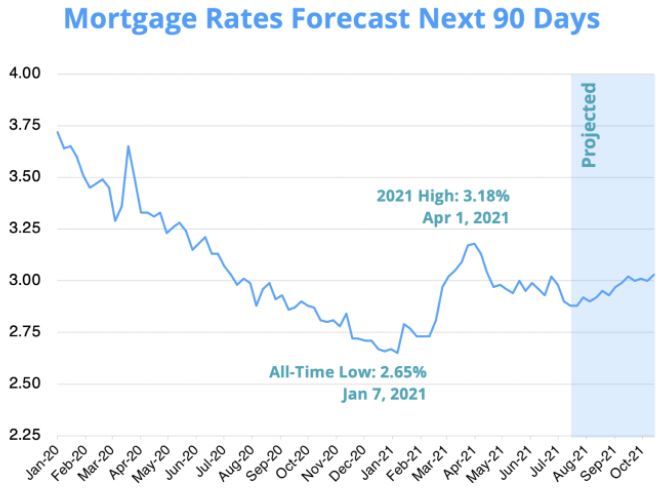 FHA and VA loans saw an increase in applications

Mortgage applications decreased 3.9% for the week ending Aug. 13 compared to the week prior and fewer borrowers opted to refinance, according to the latest report from the Mortgage Bankers Association.

Ten-year Treasury yields rose overall but tapered off slightly at the end of last week, and 30-year mortgage rates tracked by the MBA reached 3.06%. That deterred some borrowers from refinancing and contributed to an overall slowdown in mortgage applications.

“Mortgage rates were at their highest levels in around a month, with the 30-year fixed rate increasing above 3% to 3.06%. Mortgage rates followed an overall increase in Treasury yields last week, which started higher from the strong July jobs report before slowing because of weaker consumer sentiment and concerns about rising COVID-19 cases,” said Joel Kan, MBA’s associate vice president of economic and industry forecasting.

“The increase in mortgage rates caused a 5% decrease in refinancing, driven by a 7% drop in conventional refinance applications. Even though rates are 7 basis points lower than the same week a year ago, the refinance index is around 8% lower,” said Kan. “The eligible pool of homeowners who stand to benefit from a refinance is smaller now.”

The refinance share of mortgage activity decreased to 67.3% of total applications from 68.0% the previous week.

The share of applications for conventional purchase loans decreased from the week prior, while Federal Housing Administration and Veterans’ Affairs loans, typically popular with first-time homebuyers, gained a larger share.

Here is a more detailed breakdown of this week’s mortgage applications data: