This is not a bubble. It is simply lack of supply.

It's a discouraging scene: Bidding wars, soaring prices, and fears that homeownership is becoming out of reach for millions of Americans. We're in a housing frenzy, driven by a massive shortage of inventory — and no one seems to be happy about it.

Why it matters: Not all bubbles burst. Real estate, in particular, tends to rise in value much more easily than it falls. Besides, says National Association of Realtors chief economist Lawrence Yun, this "is not a bubble. It is simply lack of supply." 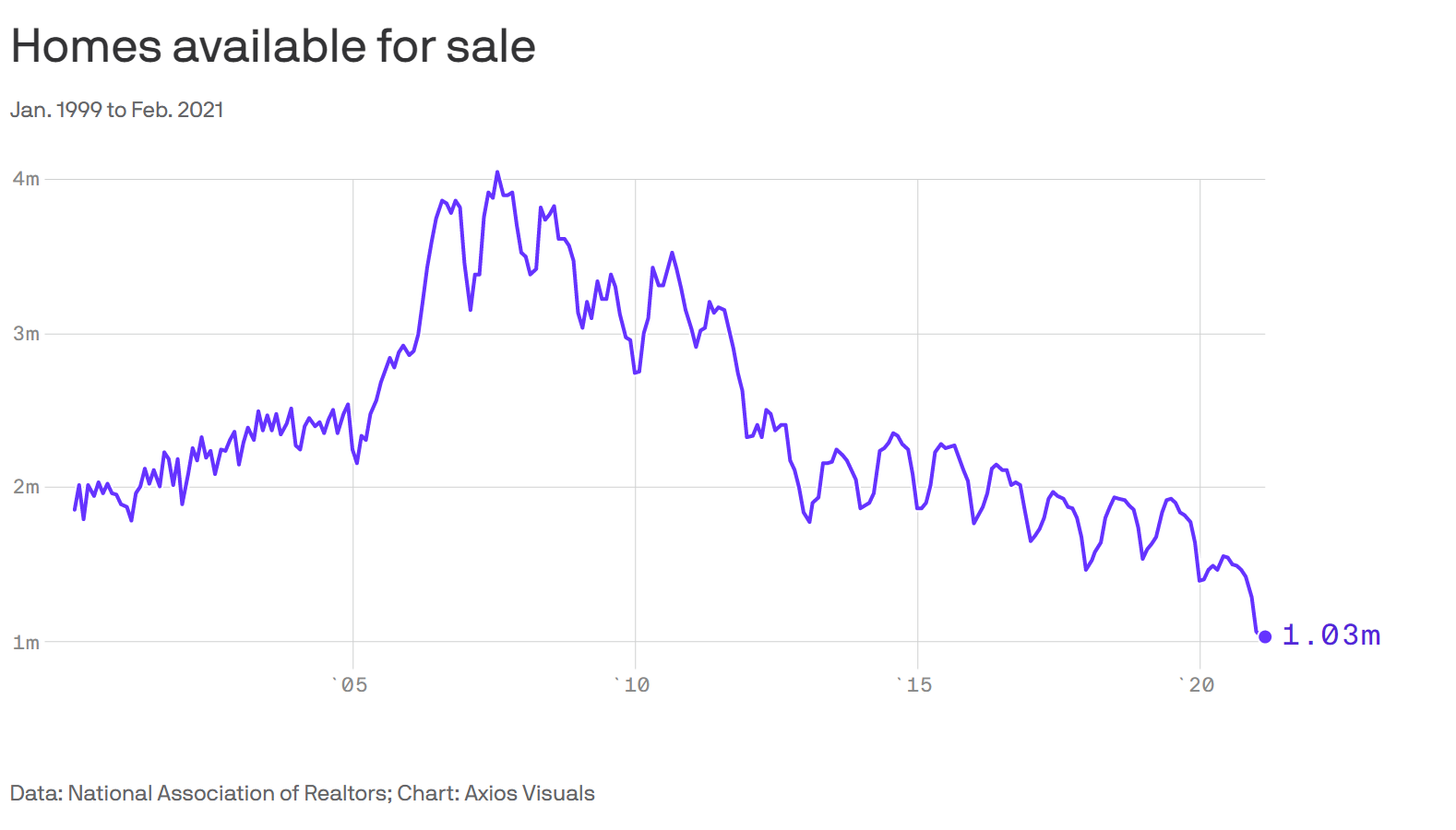 By the numbers: America has a record-low number of homes available for sale — just 1.03 million, according to the latest NAR data. That compares to a peak of more than 4 million at the height of the last housing bubble, in July 2007.

The big picture: Prices are being driven upwards by a combination of factors, including continued low mortgage rates, a pandemic-era construction slowdown, a desire for more space as people work increasingly from home, and a stock market driven increase in money available for downpayment.

The good news is that rents have not been rising nearly as fast as prices. They stayed roughly flat during the pandemic, and are now rising at perhaps a 4% pace, Yun says.

Homebuyers are the biggest losers. In order to win bidding wars, many of them are being forced to make rushed and risky decisions. Successful bids often need to waive any financing contingency or right to inspect the property.

The worst-case outcome, says Yun, would be if "rates remain low, demand picks up with new jobs, there's no increase in supply, and the only thing that moves is home prices, until people get priced out. That would mean we are creating a divided society of haves and have-nots."

The bottom line: Housing prices are likely to remain high and rising for a while yet.